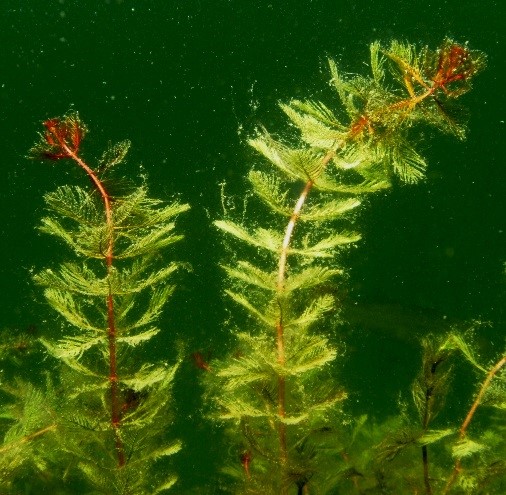 We try to keep current with the latest news regarding this infestation.

What is Starry Stonewort?

The thin, bright green branchlets (branch-like structures) can be variable in length and are arranged in whorls (radiating out from a single point) around them. Branchlets typically extend in acute angles away from the stem nodes. Tips of the branchlets may have irregularly-lengthed forks or divisions.

The unwanted algae grow into thick bushes that can take over breeding areas for fish, overcome native vegetation, and disrupt a lake’s recreational activities.

It produces clear, root-like filaments that anchor it to the sediment.

Starry stonewort is a macro-algae, meaning it does not have a vascular system like true plants. Each branchlet or stem is a single cell. Native populations consist of both males and females, but all known introduced populations in North America are male. Bulbils are present throughout the growing season but become most obvious and plentiful in late summer. Starry stonewort may form a dense carpet of material in shallow areas.

Starry stonewort is native to Eurasia, from the west coast of Europe to Japan. The species was unintentionally introduced into the United States’ Great Lakes through the discharge of contaminated cargo ship ballast water. The first occurrence in the United States was in 1978 along the St. Lawrence River.

Since its introduction, Starry Stonewort has spread all throughout the North East United States, Indiana, Michigan, Wisconsin, and Minnesota.  It was first confirmed in Minnesota in August 2015, in Lake Koronis and connected Mud Lake (Stearns County).

Why is it a problem and why should you be concerned?

Invasive species like Starry Stonewort cause recreational, economic and ecological damage—changing how residents and visitors use and enjoy waterways.

On Lake Koronis for instance, Starry Stonewort spread to over 250 acres before anyone even noticed!
Besides interfering with boating and other recreation, starry stonewort can smother fish spawning habitat.

What can be done to stop the spread and eradicate?

Currently, there are no known herbicides that will kill Starry Stonewort and the University of Minnesota has created Minnesota Aquatic Invasive Species Research Center (MAISRC) to understand how it grows, spreads, and more importantly, determine what can be done to stop the invasive from spreading.

So far their research has determined that mechanical harvesting is the best method to remove and stop Starry Stonewort from spreading.  On Lake Koronis, MN, the Koronis Lake Association has purchased the Eco-Harvester because it “pulls” and “skims” the invasive which is much better than cutting because cutting produces fragments which could spread to other areas of the lake.

Please click on the link to read the full article: https://www.sctimes.com/story/sports/outdoors/2016/08/26/lake-koronis-launches-aggressive-starry-stonewort-attack/88991124/

The Eco-Harvester is proving to be the most effective method for pulling the thick weed mats Starry Stonewort creates as referenced in the KSTP’s “Why a Minnesota Lake has become a Giant, Living Laboratory” news story.  https://kstp.com/news/lake-koronis-giant-living-laboratory-starry-stonewort-invasive-species/5080264/

Lake Weeder’s Digest is working diligently to support this research and you can learn more about how the Eco-Harvester can help your lake.

The summer research technician will assist in the fieldwork component of a project studying starry stonewort (Nitellopsis obtusa) invasions across a gradient of climates throughout the Midwest. Starry stonewort is a relatively new invasive aquatic alga that has been...
Read More 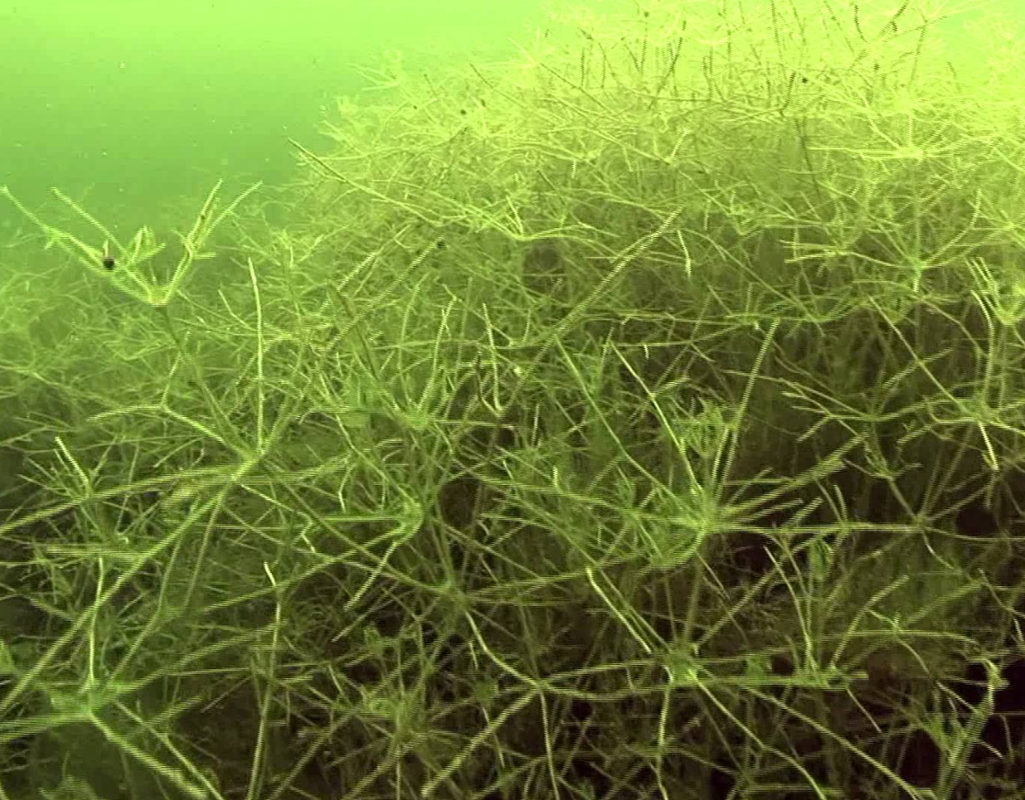